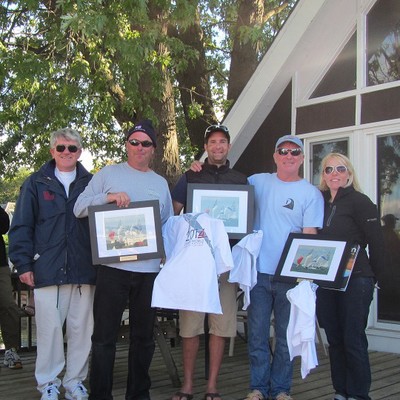 Congrats to Peter Van Rossem, Matt Fair and Stan Wallace for winning. It should be mentioned that JLS has now won this regatta three years in a row.

Congrats to Steve Raddon, Julian Walker and Norah Greatrix for placing a respectable ninth out of a 29 Boat fleet.

JLS, this year , has also represented KYC well in the following regattas ...

Congrats to all the KYC Members who raced JLS and represented KYC well at these regattas!